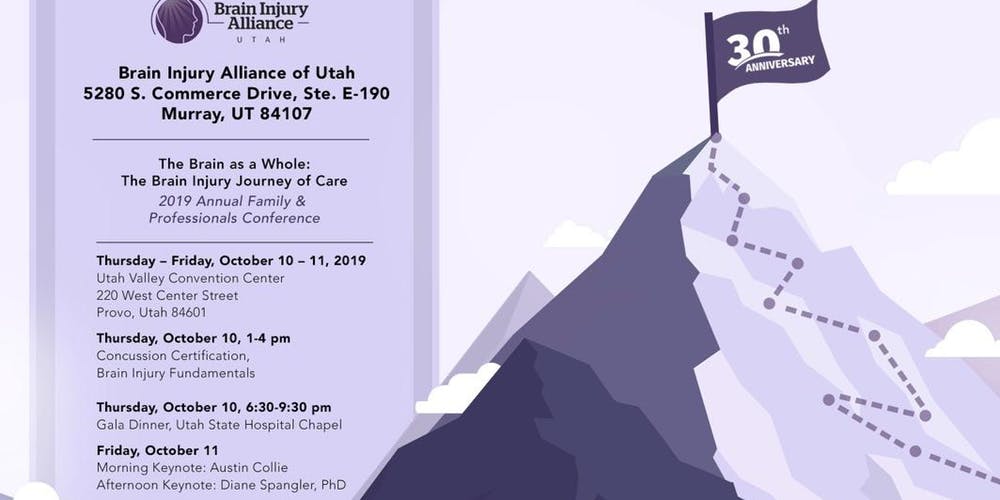 Utah Department of Health officials said 14 students suffer a concussion at school each week. More than a third of those injuries happen in PE class or during recess.

Intermountain Healthcare officials said they hope an educational conference at Intermountain Park City Hospital on Oct. 2 will help everyone understand how serious these brain injuries can be.

“It’s estimated that roughly 10%-to-30% of people will have symptoms more than three weeks,” said Lauren Ziaks, an Intermountain Healthcare physical therapist and concussion specialist. “Those are people that come in and see me.”

Ziaks said the training in the conference is important because not everybody involved in sports knows how dangerous concussions can be. She said Athletes who play one additional play in a game after a concussion will recover 50% slower.

Taylor, a cyclist from Park City, didn’t know the symptoms could last so long until he crashed over his handlebars and hit is head last summer.

“My first major one was last season up in Big Sky, Montana, mountain biking,” he said. “To be honest, I don’t remember much of it. I was riding down the course and got knocked unconscious.”

He said he always wears a helmet, but that concussion caused symptoms that lasted two months. He now knows another concussion will likely be even more serious.

Taylor still rides but said he takes fewer risks to avoid another one.

“A handful aren’t detrimental long-term, but major ones, year after year can certainly be,” he said.

Ziaks helped Taylor with his recovery and will participate in the conference Wednesday night.

“We want to get the best information out there, so people heal as fast as possible,” she said. “What we’ve been learning is if we can fix you after that first one, if we can fix all of those cracks in your foundation, you’re less likely to have a big injury the next time.”

She believed awareness is growing but said there is still a lot of misunderstanding about concussions.

“I think the most important part is that concussions aren’t supposed to be scary,” Ziaks said. “They’re not supposed to be a terrifying situation. If you do the right things, you notice it early, you get the right treatment, you’ll get back to all of your favorite activities and it doesn’t have to be a life-changing event. It’s when we make the wrong call that we can have that big, bad injury that’s a life-changing event.”

Taylor said he took his time with therapy and is healthy today.

“The more you know, the better you can protect yourself and be aware,” he said.

The conference runs from 6-to-8 p.m. next Wednesday at the Intermountain Park City Hospital.

No Events This Week

Events are added by athletic staff.
View All Events